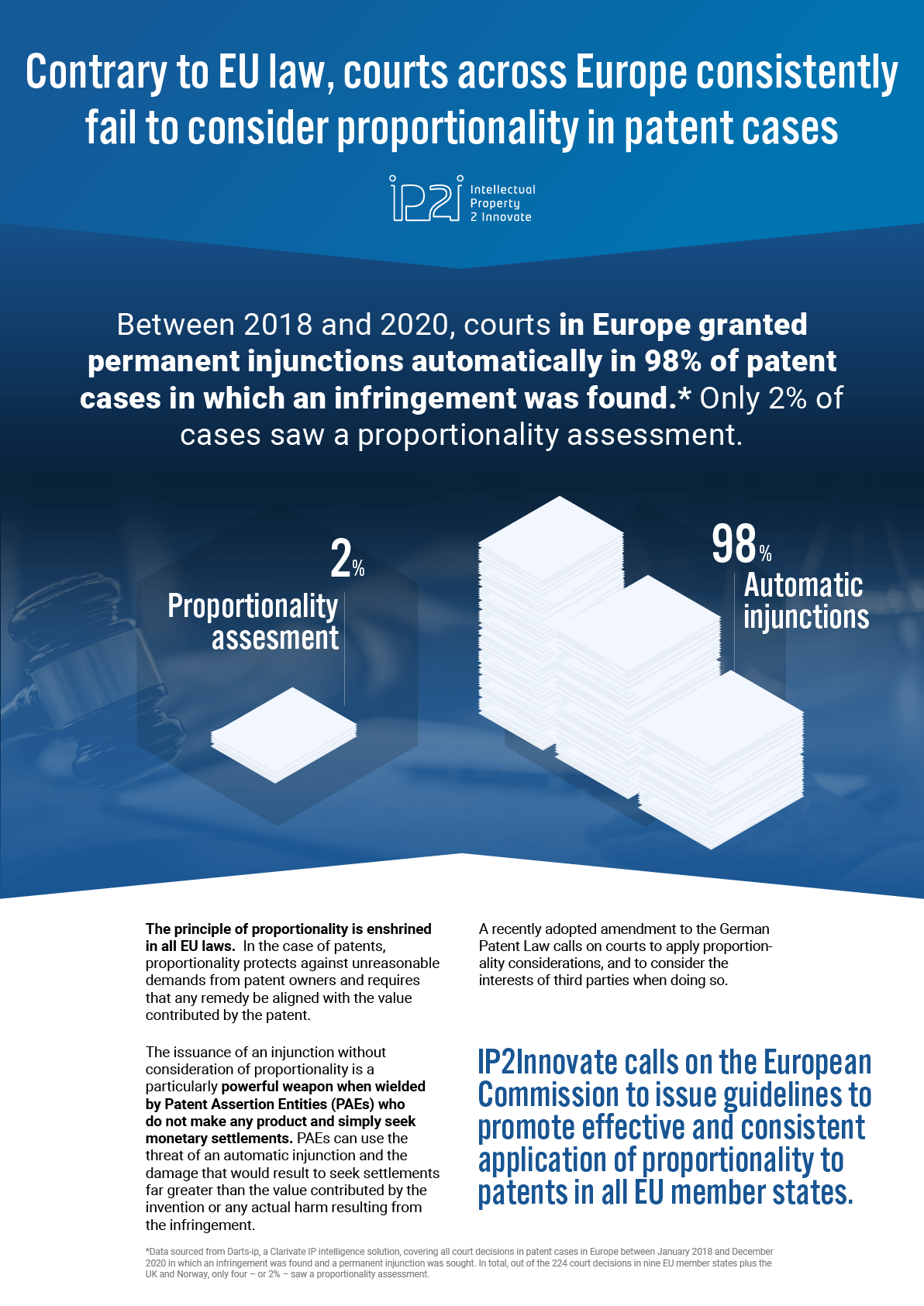 A  published today gives unique insight into how some non-practising entities (NPEs), also known as patent asserting entities (PAEs) or patent trolls, game Europe’s patent system. The report also provides further evidence that the problem of patent trolls is migrating to Europe from the US, and it proposes several policy responses to address the problem.

BRUSSELS, 12 July 2022 – IP2Innovate, a trade group pushing for a better functioning patent system in Europe, welcomes the transparency rules agreed last week by the Unified Patent Court which will ensure the Court’s decisions and orders are publicly available.
Back to overview